Avatar Thoughts: Dances with Avatars in the Mist 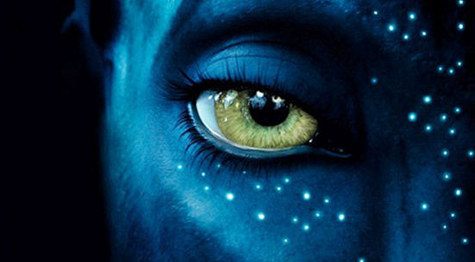 With the Academy Awards just around the corner, and Avatar up for nine Oscars, I wanted to share some reflections on that motion picture.

I thought that the movie provided a feast of metaphorical food for thought. First, please consider this light spoiler alert. I’m not intentionally revealing secret plot elements, but if you want to see it with completely fresh eyes, you should probably save reading this blog until after you’ve seen the movie.

A lot of people have written about the fairly obvious, low-hanging and perhaps heavy-handed ecological messages in the film (“And so the aliens [that’s us] went back to their dying world…”). The story from the film has created a ton of discussion and conflict on the Internet, with accusations that it is racist (the dump blue-skinned savages), it is naïve (um, this is Hollywood), and it is colonialist (see two points above).

My take on it is a little different. Ive decided to really emphasize the ethnography part of the move. And to analyze a bit of the ethnographic alliance-shifting that is a central part of its plot.

The movie concerns a future military-industrial enterprise’s use of a biological remote-control system to undertake human participant-observation of the Pandora planet’s intelligent tribal inhabitants.

Along with all the other engaging metaphors that it weaves together, I find Avatar to also be an extended meditation not only on colonialism but also on the anthropological practice of ethnography in a capitalist military-industrial culture.

As my friend, Diego Rinallo from Milan’s Bocconi University noted to me after the movie was over “Avatar is all about ethnography.” And so it is.

Among the many other things that it is, Avatar is a science fictional concretization of the anthropologist’s journey. There is an alien–in this case, a literally alien– culture that needs examination. There is a scientific observer, the accidental anthropologist and paraplegic Jake Sully, who must learn the language, rituals, and ways of a new culture. In this case, instead of Polish anthropologist Bronislaw Malinowski joining the Trobriand Islanders, it is Sully joining the blue-skinned, animist, and very Native American-seeming Na’vi.

The movie is about identity, interests, loyalties, and change. A major concern is the classic anthropological dilemma of Going Native.

This was the same theme, sort of, as Dance with Wolves, and Gorillas in the Mist. There it is, happening again, on the big screen. Amazingly, Sigourney Weaver plays the head ethnographers in both Gorillas and Avatar. Shes our anthropological role model!

The ethnographer is, himself or herself, an avatar of types. This is a theme I explore in a recent poem I submitted to the Journal of Business Research as an extended meditation on introspection and ethnography, a poem that explores this avatar topic of possessing multiple identities and feeling identity conflict.

So this movie inspired some thinking in me about what we do as anthropologists-for-hire.

The film reveals the dark side of the scientific-academic enterprise, and the dark secret that, although knowledge is power, academics sell out their power to the military-industrial system. In this case, science is anthropology, and anthropology offer understanding in order to manipulate and destroy. The Company in this film wanted to learning the cultural ways of the NaVi people in order to manipulate them. Does this sound like cultural marketing and applied anthropology to anyone else? 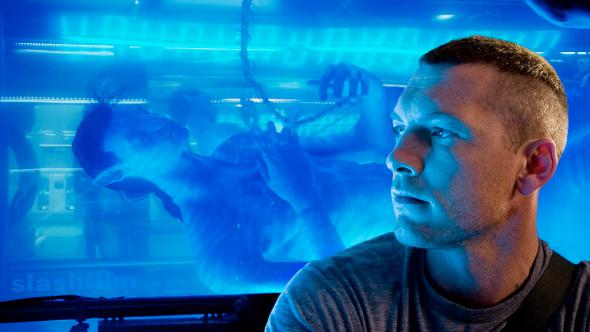 Of course, in the movie, understanding wasn’t geared towards selling the natives things. Apparently the blue NaVi had no need of Coca Cola and blue jeans, they were an anti-consumerist culture. The movie was classic colonialismget them off of their land, and take it and its resources. Drain it dry. Kill the land and kill a way of life.

One big realization that I had was when Jake Sulley came back from his time with the Navi and, at some point, he had to realize his subversion, he had to adjust the flow of information to the flow of interests.

That is, once he had decided to help the Navi, the natives, he had to now tell them about the weaknesses or weak points of the human encampment (or, in the movie, to take the literal and powerfully figurative action of smashing the remote viewing lens on the tractor destroyer). This sort of double-agent stuff is classic ethnographic conflict. But I wonder about its wider implication for our daily life.

So, if we are consumer ethnographers working in the public interest, where are our alliances? Do we need to rethink them?

What it could mean is that we need to look at our power-relationships-to the machine world or to a more naturally balanced world– and then think about how we can use the knowledge of one to begin to dismantle the other. This is an activist message that says that only by some sort of rigorous motion that first draws from inside the system, but then punishes that system and opens it up, can there be change. It is a revolutionary, not an evolutionary message. Not what Heath and Potter, or many other environmental activists would see. And climate change seems to offer one justification for that sort of revolutionary movement in a revolutionary Moment.

What does Jake Sulley do? In the story, he finally casts off his human form, as much as he possibly can. That means no more Coca Cola, no more beer, no more blue jeans or even old reruns of movies like Avatar. He’s back in the bush.

What happens to anthropologist Dian Fossey in Gorillas in the Mist? She’s the sacrifice (and, there it is again, Sigourney is the sacrificial mother/boss in Avatar…weird).

What about Kevin Costner’s character, Dunbar, in Dancing with Wolves? He disappears into the wild at the end, presumably sacrificing himself for his Sioux friends. We assume that he is fully realized and integrated into the natural order. He now identifies more closely with nature than with the corrupt and destructive American society.

Because the move ends with this eye-opening move, it can not be satisfying. There are too many loose ends. This is a start, a beginning, rather than an ending.

So that’s where the movie offers up only a good tale and an uplifting inspirational message. However, that message is delivered in the most technologically-intensive manner possible. With all of its 3D IMAX computer simulation technology, the movies is of course much closer to being produced by the earth-razing techno-society of the Earths future than the arrows-and-fires civilization of the tribal Na’Vi.

I thought that, if this meditation on ethnography-as-industrial-power was a science fiction book, it would have held up extremely well. Its religiously-inspired plot of The Chosen One had much in common with Dune, Hyperion, and even with The Fifth Element and the Matrix, two other brilliant messianic SF movies.

As a parting note, it is also quite worth remarking upon that James Cameron hired USC Prof Paul Frommer to create an entirely new language for the film-something that had not been done since the Klingon language was devised by linguist Marc Okrand in 1984 for the third Star Trek movie.

These two languages, then, are the most recent distinct languages deliberately created by members of our species, and they were crated for remarkably similar reasons. It remains to see if the Na’Vi language will gain a fan community-based life of its own the way that the Klingon language has. I could certainly see this happening if there are sequels, adaptations, conventions, gatherings, and other media fan community activity around the film-something I would personally enjoy see unfolding. As a matter of fact, it seems like this movie is indeed the first in a trilogy. (I had purchased an Empire magazine last year that featured a story about the upcoming blockbuster Avatar; in the story, Cameron was reported to say this was the first of a trilogy; apparently, like Lucas and Star Wars, it had been planned this way all along.)

In the same way that Klingon has become a type of intentional, if not ironic, ethnicity according to cultural studies scholar Peter Chvany, that people adopt to explore some of their primitive warrior characteristics, so too could Na’Vi be a way to seek to reclaim some of the productive elements of primitivism that seems vitally missing from our current contemporary culture.

Anyone want to be the first to start their own local NaVi fan club? Ill join. Lets get blue and wild and talk difficult made-up languages. Cmon. Itll be fun.

It’s also evident of the continual rise of blue skinned people (often proudly bald) that began with the Blue Man group in Chicago and this year appears to be crescendo-ing with Doctor Manhattan (in the Watchmen movie) and the graceful blue-skinned Na’Vi.

Yep. If theres no fan club set up by October, I know what Ill be wearing for Halloween.