I had the glorious opportunity to spend most of last Saturday hanging around Tokyo’s Shibuya districts.

I spent the morning in Ginza. Heres a picture I like a lot of me with one of my wonderful hosts, Professor Junko Kimura of Tokyos Hosei University. We are at the Nissan Showroom in Ginza, standing next to one of the most coveted objects in the automotive fan world, the new Nissan GT-R, a very exclusive performance car that has been until very recently cloaked in mystery. 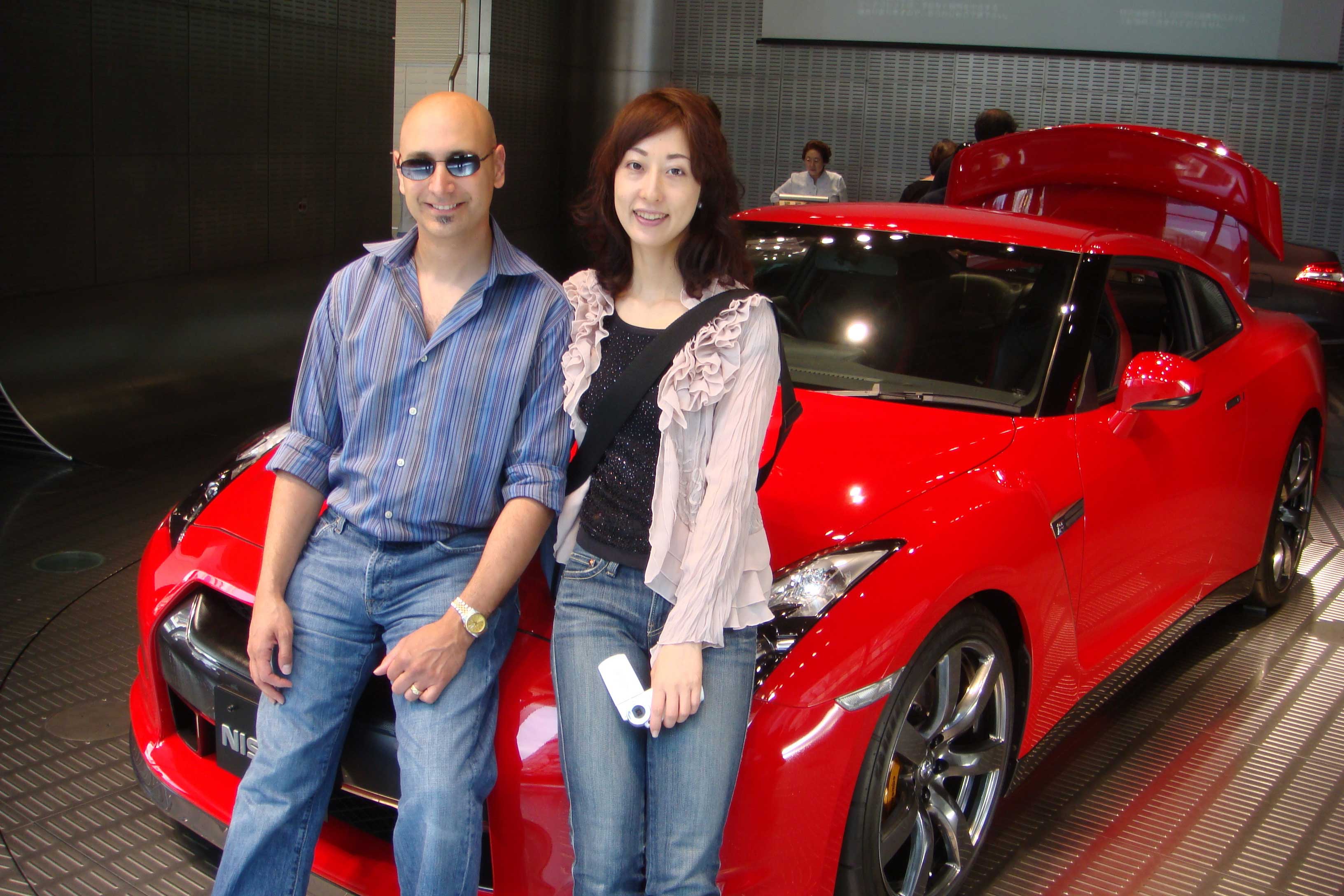 Although Shibuya is known more for its centrality as a location for youth culture and fashion, and Akihabara is often cited as a center of otaku-culture, I found that there was plenty in Shibuya to send my mind reeling about the wonders of Okatu-hood.

What is an otaku?, you may be wondering. Well, the original meaning of otaku is that it is the Japanese word for a fan, and the term has gathered many of the same unfortunate and denigrating connotations as fan has in the English language.

According to Wikipedia, a highly fannish undertaking of its own, which, in matters such as these (which involve fans of many stripes and non-fans talking about things fannish), and many others, is wrong more often than it is right, the term’s popularity in English is owed to its frequent mention and use in William Gibson’s 1996 Idoru.

In one part of Gibson’s Idoru, the term was defined in the stereotypical and stereotyping way: as a ‘pathological techno-fetishist with-social-deficit.’ The Wikipedia entry, of course, misses the context, irony, and satire in the remark, and seems to offer it up as an actual serious definition. Sort of like going to the dictionary and finding the word fandom described as “just a bunch of geeky, nerdy, obsessive losers.”

According to the Wikipedia entry, “In modern Japanese slang, the term otaku refers to a fan of a particular theme, topic, or hobby.” That’s a pretty all-encompassing definition. Let’s explore it.
Here are the two most common uses:

Those are probably the two core, original uses of the term otaku. And there is no downplaying their central importance to the term. Just as the term fan has begun spreading in our cultural vocabulary from the world of entertainmentTV show fan, movie fan, music fan, celebrity fan, videogame fan, and so onto the world of general consumption, so too has the term otaku been anchored in its entertainment industry origins.

And apparently the officials at the Japanese cultural ministry still not quite woken up to the significance of manga and anime. A major, recent two-page story in the English language Japan Times began by stating:

It’s a fact that has long puzzled devotees and plain old tourists alike. Japan’s manga and anime arts have been wowing the world for more than a decade, and yet the national government still hasn’t got around to setting up a proper museum for their enjoyment, preservation and study. After so many years of inaction, though, it is surprising to note that two days ago on Friday, a minor breakthrough occurred. The head of the Agency for Cultural Affairs, Tamotsu Aoki, announced that the advisory panel he had tasked with finding ways to improve Japan’s “dissemination of culture abroad” had come out and stated the obvious. In an interim report, Aoki’s panel made six recommendations “requiring prompt attention.” Number two on the list was that the establishment of a facility for the collection, preservation and provision of information regarding the media-arts (manga, anime and video games) be considered.”

Some much-needed appreciation, as the objects of otaku desire move into the mainstream, the trajectory I have noted above, and which was in many ways the basis of the insight behind the pop art movement of the mid-1950. And certainly Takashi Murakamis work in Japan is an interesting combination of both otaku culture and pop art.

Tomorrow, let’s take this deeper by digging into the ways that otaku-hood expresses something integral to consumer culture today.