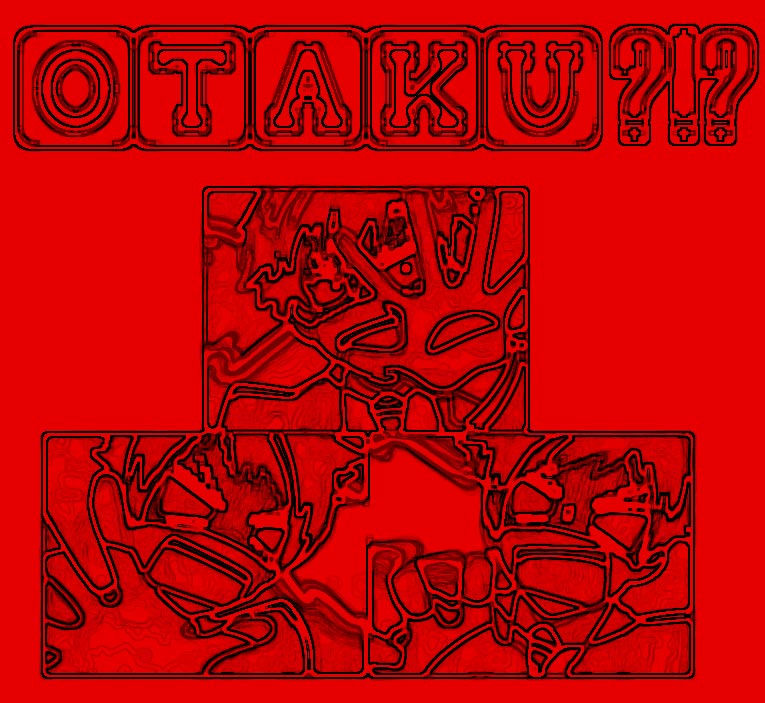 So following up on yesterdays discussion of the otaku, and a rethinking of what it means to be otaku, lets first consider what else, besides entertainment industry products, can one be deeply devoted to, as an otaku?

Why, technology of course.

Wota are media figure otaku, so called hardcore or “extreme fans” (there are those stigmatizing connotations again) of “idols,” who are heavily promoted singing girls.

Now we get to some marginal, obscure hobbies.

The term otaku has been applied to music, martial arts, cooking, coin collecting, automobiles, and so on (Source: http://en.wikipedia.org/wiki/Otaku). That raises the question, I suppose, of what it doesnt apply to? Lets ponder that in a different way.

I was especially glad to find the adjective term “otakki” to describe something that is okatu-like (note: Otaki is city in New Zealand; I’m talking about otakki here). I find otakki is a preferable adjective than the terms derived from the word fan, like fannish, or fanlike (or I’ve even seen “fanny). It just rolls off the tongue better. It sounds a little like “tacky” and not so much like “crazy.”

So consider now the expository remarks Gibson made in an April 2001 edition of The Observer, where he said:

“The otaku, the passionate obsessive, the information age’s embodiment of the connoisseur, more concerned with the accumulation of data than of objects, seems a natural crossover figure in today’s interface of British and Japanese cultures. . . Understanding otaku -hood, I think, is one of the keys to understanding the culture of the web. There is something profoundly post-national about it, extra-geographic. We are all curators, in the post-modern world, whether we want to be or not.“–William Gibson, 2001

Although he starts out talking about otaku from a technically-accurate and stigmatizing distance, I think it is very noteworthy that William Gibson ends up talking about them as us, about all of us having these otaku drives. It’s not just the avid anime collectors and the Star Trek geeks. Citizens of information and consumption world, we are in our daily lives collectors, archivists, cleaning our desktops, marking our favorite pages, filing our favorite pictures. Many of us are otaku, or at least, at times, otakki.

We have these needs to latch on emotionally, to categorize, evaluate, collect, archive, and share. Of course, otaku are also active creators-both of symbolic meaning itself as well as of new things of substance like written fiction, serializations, movies, and so on.

In fact, I think this is directly on target. There is a very otaku-like (“otakki”) nature to contemporary existence, enabled by widespread digital information and communications technology, is what is creating radical shifts in consumption, and causing the shocks to the industrial system of intellectual “property” “rights.” It’s behind a lot of the fan conflicts I’ve written about (many others have too). For instance, consider the recent Rowling versus RDR Harry Potter case I wrote about in a past posting. This legal case is all about classic otaku behavior. And the jury is still, literally, out on this one.

Id like to propose here and now a redefinition of the otakki.
Id love to move otaku, otakki, and fan based definitions away from some of the nerdy, geeky, stalker-obsessive, creepy serial killer stereotypes that hinder our understanding of subcultures. Id like to suggest that we have much to gain in terms of general understanding in recognizes the universality of the otakki way in our contemporary consumer culture. Id also like to suggest that we continue to broaden and think about a science of the otaku, a science of the fan, that recognizes the universality and also the variety of manifestations of the forms of personal and cultural engagement that we have with commercial culture.

Here is the definitionacademic style.

Otakki is herein defined as a way of being in contemporary human society characterized by a deep emotional and intellectual engagement with the products of commercial culture. The mode commonly manifests in intelligent interaction with consumption object texts of varying sorts, with the collection of various objects or forms of information, with critique and sensemaking efforts, and its commitments can also extend to include many types of creativity and communal interaction. The texts tend to be linked together into systems or related webs of consumptionsuch as coffee consumption, connoisseur lifestyle, or media fan and have complex linkages to other lifestyles, consumption activities, and ideologies.

This otakki engagement with commercial culture manifests in multifarious ways. It can range from sporadic activity to nearly constant questing and discourse. It can span products that are allegedly functional to those which are entirely ritual or symbolic. It can engage culture that is exclusively local or it can expand to encompass global culture.

The key to otakki culture is in its emotional engagement and the connoisseur discernment in interaction with the productions of contemporary corporations and their market offerings as against traditional religious or cultural offerings, although in contemporary capitalist economies these boundaries between art and culture, business and culture, and politics and business, often break down.

[Okay, I can’t resist ending on an otakki note about William Gibsons novel, Idoru. Idoru is a great novel that is far less known, appreciated and cited than Gibson’s blockbuster Neuromancer; Idoru offers some profound insights on media and fandom and the way they are linked into consumer and information culture (which are themselves, in Idoru’s perspicacious vision of our near-future, interlinked). One of the things I love about the trajectory of Gibson’s work is the way his vision of the future has moved gradually from the cyber-punk near future to increasingly recent settings with their attendant social satirizing views. His latest book, 2007’s intriguing Spook Country, was actually set in the timeless time of 1999, our future-as-already-past. I’ve already written about the consumption research revelations of Philip K. Dick’s work. In the future, I’m hoping to expand this into some conjecture about the consumption worlds and insights revealed by other speculative fiction and science fiction authors such as William Gibson, Olaf Stapledon, Osamu Tezuka, Frederick Pohl and Cyril M. Kornbluth, Vernor Vinge, Neal Stephenson and Bruce Sterling’s works.]