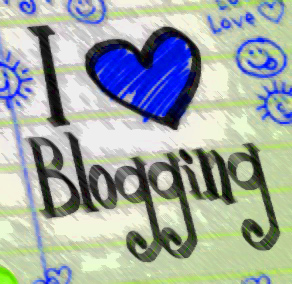 I love blogging. It is so incredibly interesting to be a part of the phenomenon you are studying and thinking about. It’s very ethnographic, being an anthropologist who writes about this technological revolution by participating from within it.

So yesterday “Mable” from Costco called me back at about 5:30pm. Working late, those Costco folks do. If you haven’t been following my little Coscto saga, “Mable” is “Trudy’s” supervisor in the Coscto.ca web-site customer service center, and she called me the day after I posted a pretty long and detailed blog about the customer service experience I had at Costco when I tried to get a set of missing screws.

Mable and I had a long talk about the experience. It was never confrontational, but quite enlightening for me. Mable made it clear to me that she would have called me had I been more persistent. I apparently waited too long between messages to request her. And apparently if I had used harsher language I probably could have reached her. There seems to be a sort of “freak out factor” that comes into the calculation. So if the customer is totally insanely angry then they reach a supervisor pretty fast. Or I could have just called them, she pointed out. Which is certainly true. And yes, I wasn’t freaking out, just annoyed. I don’t know if I could feel good about freaking out over a set of screws for my chair when there are so many more important and awful things happening in the world right now.

I talked to Mable about the fact that this wasn’t personal, and she did tell me again that Trudy was upset by the blog post. I asked her to apologize to Trudy. This really was never about anyone in particular.

In writing my blog, I’m still learning about the appropriate tone to take. Blogging is a new kind of freedom. Unlike my other writing, I’m not sending it out for reviews and revisions. I think it, I write it, and off it goes. And I guess that when I included people’s first names, and when I included nasty, biting side comments, that this was crossing over into a sort of cruelty that I feel uncomfortable in reading and think was wrong. I’m still just learning and I make mistakes.

I’ve gone back and edited those posts. I’ve tried to make them more humane and compassionate to the people like Trudy and Mable on the front lines. First, I’ve anonymized the first names of the people I corresponded with. Probably should have done that from the start. I’ve also added some material that can help all of us to empathize with the people who perform this difficult and under-appreciated work. I didn’t do this because anyone asked me to, but because I think that it is the right thing to do. I didn’t soften the stance against shutting customers out or acting like there is no transparency when there actually is. I just made it clearer where the problem is: not with the people, but with the system. But the way the system is set up we need to complain to the people in order to affect the system. Only people can change the system that they’re in.

The problems with the system became clear as I was talking to Mable. It was clear that emails were responded to by emails. Even if the customer requested a phone call (unless they were freaking out requesting…). It was clear that one person’s case file stayed with the person, and that emails sent to them stayed with them when they went on holidays and didn’t get answered by anyone else. It was clear that Coscto was acting as a middleman for other companies, and directing them to ship products from its Coscto.ca web-site, and they had little control over those companies and the way they responded to later customer service requests. Costco and its service people didn’t want to be held accountable because the company whose responsibility it was to send me the screws was not doing it.

I talked a lot about the kind of system that Mable was working within. I knew that it would be impossible for her to change it. She would need to talk to people higher up in Costco. Or have them read my blog. Respond to it. Post on it. It’s easy to do.

As I say in the post, this isn’t about Coscto. It’s about accountability and transparency in a new age of consumer-to-consumer communications. It was good to have that conversation, where I shared how I felt as a customer at one end, and she told me about what it was like to live within the constraints of being a service employee at the other end. I think we ended the conversation learning a bit about each others’ worlds. The walls had really come down. We were speaking person to person now, and the conversation had been prompted by this service incident and the blog, but it went beyond it.

Mable told me that Costco was going to be sending me a $25 gift card in the mail for my troubles. That’s very nice of them and a great gesture to help restore some faith. I’m going to match that and donate a corresponding $50 to Aid Darfur to keep things in perspective. This was a silly little set of screws. An inconveniently disassembled chair. There are much bigger problems in the world. But it’s also important to run our businesses well, and to service each other well as a set of organizations, as a society, as a community.